But everyone present was sure. Not only the men who were waiting to be chosen, but even those who already had a woman sitting next to them looked at her and thought: “The most beautiful woman in the world has arrived”. The whole place began to get restless, and the men adjusted their hair, straightened their postures, and adjusted their sitting positions so that they could be seen at the angle from which they would look best. Some even began to wonder if they should get up from their seats and approach to speak with her.

“It is rare to see Orcs in this country…”

It was a woman’s voice, a lovely voice. A sexy voice, different from Silviana’s melted voice. But like Silviana’s, it was a voice filled with the kind of magic that made Bash’s heart flutter. And this voice was aimed at him. 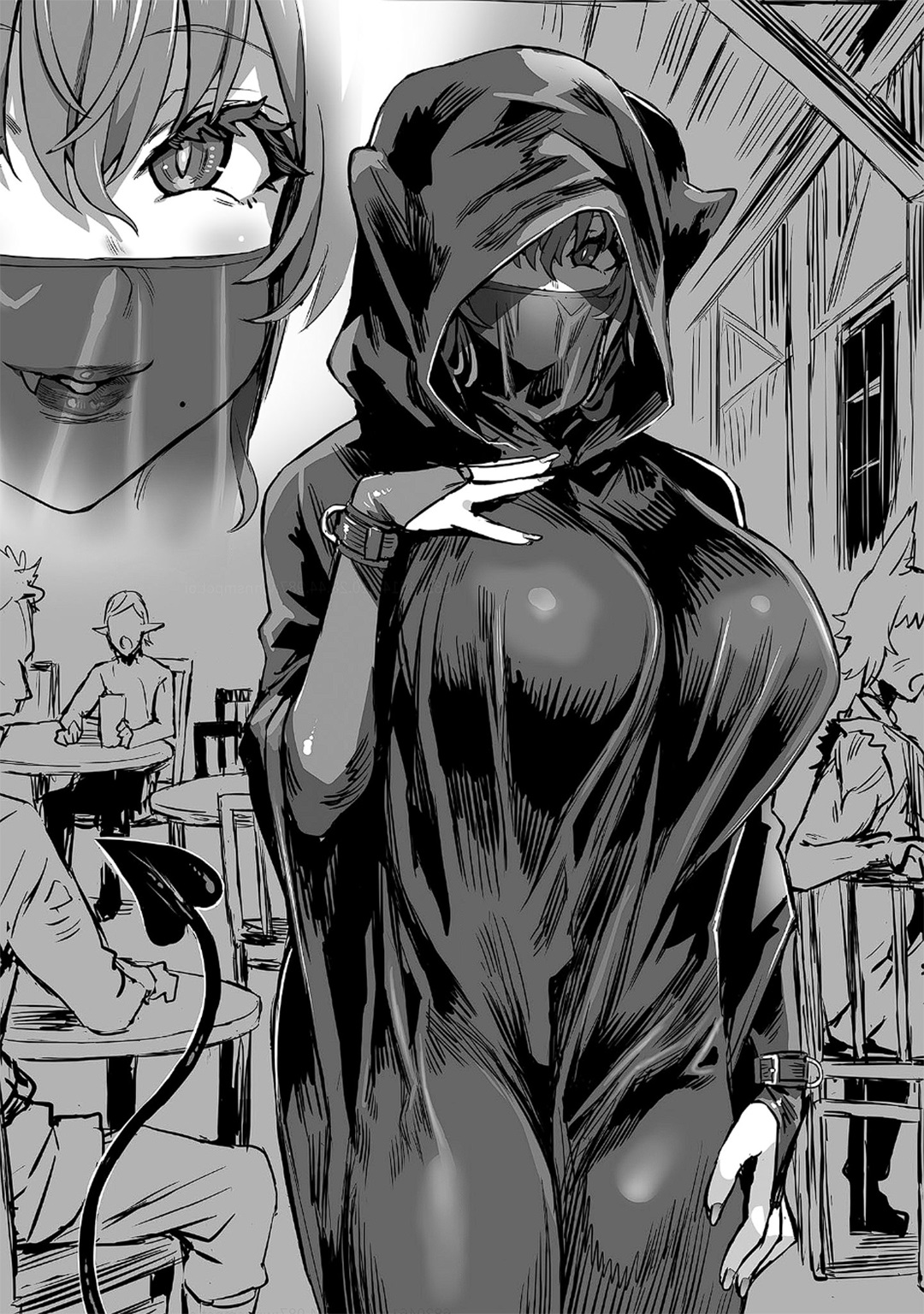 “You, where did I… hmm?! No, no way, you, no, sir…” The owner of such a voice looked at Bash seriously and approached him with a somewhat surprised look. “Um, are you by any chance Sir Bash, the ‘Orc Hero’?”

“Mmm,” Bash remembered as soon as he heard the voice.

“You remember, don’t you?” The beautiful woman’s face clouded over. She was sad, but it couldn’t be helped, she was just garbage from Bash’s point of view…

“I remember you: “Carrot, the Hissing Voice.”

“Oh! I’m so glad! You remembered!” The beautiful woman, Carrot, smiled like a flower. She looked happy. Very, very happy. Her eyes, like steel blades, narrowed to an unimaginable degree. If a man looked at her, he would be 100% sure that he liked her. But Bash’s expression was rigid.

“I was surprised. I didn’t know you were in this country…”

“I didn’t think you were here either…”

Bash said, looking at Carrot out of the corner of his eye. A black tail with a pointed tip peeked out from the hem of her tunic. If you looked closely, you could see that the hood was also unnaturally raised. She had horns.

“I thought succubi were forbidden to leave their country.”

“No, we are only forbidden to show our skin and hair in other countries and a few other things, but we are not forbidden to leave the country…”

Carrot. She was a succubus. The ethnic costume of the succubus was basically thin and exposed a lot of skin. In some cases, areas considered shameful to other races were very exposed. Carrot, however, was dressed in a way that covered everything.

“I never thought I would meet Sir Bash in a place like this… why a great man like you… no, excuse me. In fact, it is obvious from the place and the way you are dressed…”

“Don’t look at me like that. I’m in a similar situation…” Carrot said and her eyes narrowed. She smiled. Because she hid her face, Bash could only see her narrowed eyes. Even so, she was so sexy that he could almost smell her. “I’m sorry I’m not the person you’re looking for, but can I join you for a drink?”

“I wouldn’t want to be disrespectful to a fellow soldier.”

Bash nodded in response to the sex appeal, suppressing the swelling of his crotch and keeping a poker face. Carrot nodded cheerfully and sat back in the chair in one fluid motion.

“Carrot, the Hissing Voice. Her character was cold, calculating, brave and brutal. She was a master of physical and magical combat, and had once fought Thunder Sonia. She was a succubus who always fought on the front lines and was considered one of the strongest in the succubus army, which was full of fierce warriors. Her name was well known in other countries as well, especially in the elven army, where she was feared and hated as the one who had captured the most elven men.

“Hehe, I feel very honored, Sir Bash.” Carrot said and clinked her glass with Bash’s. There was a cool clink.

“Me too.” Bash said, trying as much as possible not to look at Carrot. If you weren’t familiar with the relationship between orcs and succubi, you would have wondered why the masculine Bash was like that in front of such a feminine woman… But that was inevitable.

Succubi could not bear children of other races. To them, men were nothing more than food. They caught them with their beautiful looks and fed on them with their lower mouths. What other races called mating was just a meal to them, not sex. Of course, they could not have children from other races. When succubi had children, they kissed. For them, the mouth is not only an organ of eating, but also an organ of reproduction.

If they could not bear children, they were not suitable as wives for the orcs. However, as our diligent readers know, Bash’s real purpose was to get rid of his virginity. If he could get rid of it that way, why not?

But it wasn’t that easy. To illustrate this, let me tell you an old story.

From a long time ago. Long before Bash was born. There was an Orc. He was a red-skinned orc, physically fit from birth, and he had a promising future, having defeated an orc two years his senior when he first wielded a sword. In his first battle, he brought one of these women with him. He and the succubus hit it off on the battlefield, destroyed the enemy together, spent the night together, and returned home still in love.

The man took the succubus as his wife. For an orc, sex with a succubus was the height of futility, as it was impossible to have a child with them, but it happened and it was, and it felt great to be with her. He showed his naked wife to the other orcs and showed them a fierce mating. It was not easy to marry a succubus, so he spent his days with a proud look on his face. The other orcs envied the man who could do as he pleased with the beautiful succubus.