The next item on the agenda for Lin Luo and the others to check was the inferior materials to be eliminated. In the entire warehouse, probably this batch of materials had the largest quantity. In the past, the team of consultants would subdivide these jadeite materials into both inferior and poor jadeite, with the worse of the lot being tossed aside as the most inferior scrap materials. At that time they were in the business of jadeite trade, so they needed to categorize the jadeite materials according to their quality so they could proceed to color code them for sale. Now though, these piles of unused materials are of little significance to their company, so they just put them all together to be sold to jadeite dealers in bulk at a discounted.

These rejected inferior quality jadeite pieces, just like those of excellent quality, are relatively easy to identify for stone gambling experts. That is due to the fact that the appearance of the skin is generally poor enough at a glance. At the same time though, the company’s fault tolerance for this type of material is also lower because once a judgment is wrong, it will cause much more significant losses to the company. As such, the deduction of performance points is doubled for these stones.

Anyone who knew Lin Luo would know that when he first became famous, he became famous by winning excellent quality jade from scraps. Therefore, no one dared to take these inferior materials lightly, while secretly being both nervous and looking forward to his review. They were nervous because they worried that they would have their performance points deducted for making mistakes, but at the same time would look forward to it because they wanted to learn more from Lin Luo’s analysis.

Li Jun cut the piece of jadeite according to the lines drawn by Lin Luo, and the jade inside was exactly the same as Lin Luo had guessed. Only a small part of it was affected by the tinea scabs, and there were more parts that could be used. The color was a very positive chicken blood red, and the crystal structure was also a top-grade hibiscus type[1]. They would likely be able to extract two or three vials of medium-grade element liquid.

“Are the inferior jadeite up next?” Xu Jian glanced at the jadeite in front of them, and his eyes suddenly lit up. Like everyone else, he was both nervous and hopeful that Lin Luo would pull an excellent quality jade out from among of the inferior materials.

“Yes.” Lin Luo gave him a funny look, then bent over and began to check the jadeite in front of him.

When he saw a piece of brownish-red sand skin water stone jadeite, his brow wrinkled slightly. There were many large and small cracks and fissures on the surface of the jadeite, and the outer gravel looked very loose. Although there were pine flowers on the surface, they were gray-green. At first glance, the look of the jadeite was really not very promising.

But this issues stopped there. If you looked carefully, you would find a honeycomb-like green color near those cracks. Without those cracks, the green could be judged as honeycomb pythons. A honeycomb python is a python with uneven distribution, shaped like a honeycomb, with large pits and uneven depths. If there were pine flowers on this kind of python, then the probability of there being high-quality jade inside the piece of jadeite would become very high. Even if someone wasn’t sure about the jade, they should have classified it as a good or medium material. No matter what, it should have been impossible for it to have been divided into the inferior quality materials.

However, the fissures just happened to destroy the honeycomb python, which did make it easy for people to misjudge the stone.

Lin Luo’s intuition told him that things weren’t so simple, though. He looked closer and carefully checked the cracks.

Soon, he found some clues. The edges of the cracks were too flat, and the cross section of the cracks looked a bit too new. The piece of jadeite was a water stone jadeite, which meant that it should have been excavated from a mine tunnel close to a water source. This type of water stone jadeite would have been immersed in wet sand for a long time. If the cracks were caused before, then the cracked part near the surface should have had traces of corrosion, and the edges of the cracks should also have been more rounded from sanding. He used to be a miner and had a better understanding of what rough stone that was just excavated looked like.

There was only one explanation now, and that was that these cracks must have been formed later, and it was very likely that these honeycomb pythons were deliberately destroyed.

Lin Luo glanced at the label on the jadeite, and then glanced at Jiang Yan. Seeing that his eyes kept darting to the sides evasively, he was able to quickly judge for himself.

Lin Luo whispered a few words to An ZiHao, An ZiHao nodded, and then quickly tapped on the light screen of his light brain. After a while, he retrieved the corresponding employee registration number of the piece of jadeite from the database. 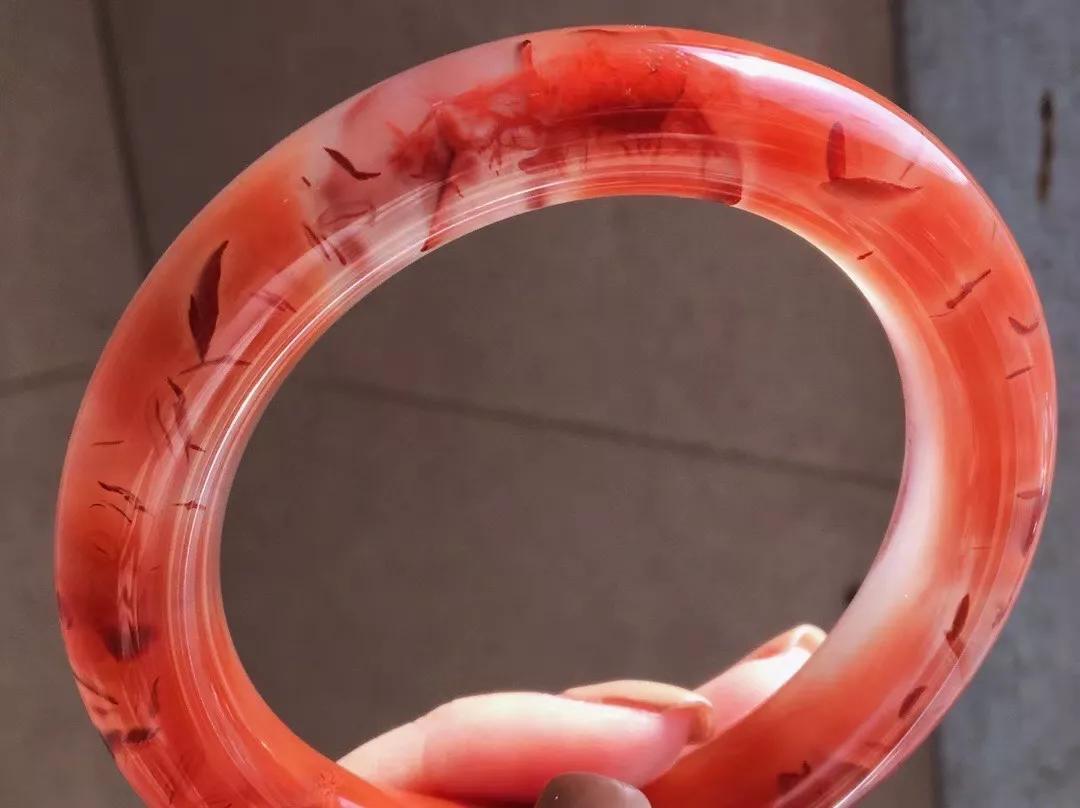