Of course, Lin Luo didn’t forget to use his special ability to verify the stone he picked, and as a result was absolutely satisfied with it.

Pang YaFeng was a silver-haired old man who had decades of experience in stone gambling and had also accumulated a lot of practical experience. He had won the championship of the Stone Gambling Tournament twice and had very much earned the right to be called a grandmaster.

He had chosen a piece of deneka[1] skin mountain stone jadeite. The skin of this jadeite was usually thicker, but the color was saturated and it was usually a good gamble. There were soba pine flowers on the surface, which looked like a layer of buckwheat flour scattered on the surface of the skin and meant that there was a great possibility of jade inside.

The skin on Lin Luo’s bamboo shoot mountain stone jadeite was relatively thin, so he directly used a grinding wheel aimed at the position of the pine flowers to grind into stone.

Pang YaFeng’s deneka skin jadeite was relatively thick. If he had started by grinding into his stone he wouldn’t know how long it would take to get any results, so he directly started by cutting the stone with the chrome knife.

He quickly finished his first cut. Although there was nothing but the stone layer on the cut surface, no one would think that the bet was broken. After all, everyone could see that Pang YaFeng was worried that he would hurt the jade inside and cut it very conservatively, planning to cut it bit by bit.

When a white fog layer was cut out, Pang YaFeng immediately replaced his knife with a grinding wheel and aimed it at the fog layer.

The skin on Lin Luo’s stone had finally been ground away. However, the window exposed wasn’t green, but a faint blue.

“Blue! Is it blue?!” He Kun and the others were surprised when they saw the color of the jade in the window through the big screen.

Compared with green jade, blue jade was one level higher in value, which meant that Lin Luo had already taken the lead.

However when Pang YaFeng ground away the fog layer on his stone completely, they fell silent once more.

What Pang YaFeng ground out was green, but it was the purest imperial green with a transparent clarity. It seemed that the crystal type wasn’t a bad one.

No matter how impatient they all felt though, there was no use. They could only wait for the two of them to cut their stones.

Lin Luo finally ground out a whole surface, but the blue wasn’t saturated. On the contrary, the color became lighter as he went in.

“It’s a pity…” The people around couldn’t help sighing.

Such a light blue was definitely not on par with imperial green.

However, Lin Luo was unaffected, and simply started to speed up the cutting speed by changing to the chrome knife.

“Glass! It’s a glass type!” The jade on Pang YaFeng side had been almost completely cut. The crystal type was clean and clear, and you can see that it was the best glass jade at a glance.

“An imperial green glass jade is really no loss for a grandmaster. It seems that the older ginger is still spicier[2]!”

“It’s over, I bet ten thousand credits that Lin Luo would win!”

“Why are you yelling at ten thousand? I bet two hundred thousand!”

As these people were talking, they heard the sound of gasps coming from around the stadium one after another. They hurriedly looked at the big screen, only to realize that Lin Luo’s jadeite was almost done.

But judging from the part he had cut, the shallow water blue jade was lustrous and as smooth as silk, with ample and full texture, and when light shone on it, it felt like it would glow.

“This, this is…?” Many people in the audience were players in the Stone Gambling Tournament, so naturally they had seen the clues.

Dragon stone jade was a very rare type of jade. Its quality was even higher than that of glass jade with no trace at all of impurities inside. Not only was it completely transparent and had excellent gloss, but under the light it would have an almost iridescent quality.

Because this kind of jade is extremely rare, people in the ancient earth era named this type of jade “dragon stone”, which meant that it was as difficult to encounter as a dragon.

Unexpectedly, it would appear in the Stone Gambling Tournament…

Although these jadeite were for use in the competition, the players purchased and cut them themselves. Therefore, the ownership of all of these top quality jades that had been won over the previous days was in the hands of the contestants.

Lin Luo was a well-known energy master, and the element liquid produced from him could reach a purity of up to 86%.

If he extracted the elemental energy from the dragon stone jadeite, how pure would it be? Would it exceed 90%?

Thinking of this, everyone present stared at Lin Luo with scorching hot gazes.

Pang YaFeng walked slowly over to Lin Luo, patted him on the shoulder and said with a wry smile, “Good boy, you won this time.”

The organizer’s supervisors announced Lin Luo’s victory, which meant that he had also successfully advanced to the top three in the finals. The next step was to see who could win the final championship.

When Lin Luo left the arena, Xing Mo and Ling WenHua were there leading an elite team to escort him away. In front of many reporters, Xing Mo took the dragon stone jade from Lin Luo and put it into his own space button.

Xing Mo did this to better protect Lin Luo’s safety, as he worried that someone would target Lin Luo due to this priceless piece of jade.

For Lin Luo, there was no safer place than with Xing Mo. Only a fool would attack Xing Mo.

[1] 得乃卡 – DéNǎiKǎ – lit. ‘Thanaka’, The jade was named after a type of sandalwood tree local to Burma known botanically as Limonia Acidissima and colloquially in English as Wood-Apple or Elephant Apple. Thanaka is actually the name of a paste made primarily from this and and sometimes of several similar trees, but in Burma both the paste and the wood are known by this name. The jadeite was named as such because it looked like the wood and the name of the tree and jade were both translated phonetically. 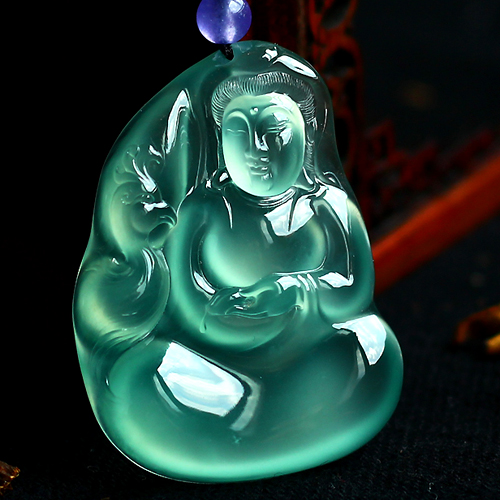