Victor asked his subordinates to seal up all the remaining jadeite and walked to the jadeite cutting machine in the corner with Lin Luo, ready to watch Lin Luo cut them on-site. The customers who had stayed to watch the whole show in the store also followed. They too wanted to know if this young man was really as good as he said.

Lin Luo was already used to being watched. He directly picked up the iron sand skin jadeite and set it on the stone cutting machine.

The semi-automatic jadeite cutting machine used by the Federation wasn’t as convenient as the fully automatic machines, but the two pieces of jadeite selected by Lin Luo weren’t large so cutting them wasn’t too troublesome.

Lin Luo directly drew a line on the jadeite. Anyway, through those deep he had vaguely seen a hint of color, so he could roughly estimate the thickness of the skin and prepared to directly cut it. It would just be a waste of time to grind off the matrix little by little.

After affixing the jadeite to the machine, Lin Luo pressed down with the chrome knife and slowly cut the piece of jadeite along the line he had just drawn.

After the cut, Xing Mo splashed water on the surface with tacit understanding, and the grit and dust was washed away to show the true face of the cut surface.

In the white fog layer, there was a touch of green which shows that the stone had risen in value.

“Yeah, it’s really a skin-deep crack that doesn’t affect the inside at all. Look at how smooth it is!”

The people around immediately started talking in low voices. People who liked to bet on rocks all knew the truth of “a grind is not a rise, only a cut is a rise.” Now that Lin Luo had really cut a rise, everyone couldn’t help but wonder even more what the jade inside would look like.

Now that the white mist had been cut out, it was time to replace the knife with the grinding wheel.

With the rotation of the grinding wheel, the jade hidden deep in the jadeite finally took off its mysterious veil.

Sure enough, just like what Lin Luo said before, the inner jade looked good and should have had a good crystal structure. It looked like it should be at least agate type. However, the color was looking like it might be a little worse. The base was transparent, and there was only a little floating green on it.

“It’s green on white background agate jade[1]. This kind of jade isn’t very valuable. Even if it’s all jade, it’s only worth 200,000 credits.” Before Lin Luo completely finished cutting the jade, someone had already estimated the price.

“Yeah, the skin of this jadeite is so thick, maybe the jade inside is very small…”

Although the bet on jade is already very good, it is far from the big rise they imagined, so when they spoke, there was still a little regret in their tone.

Lin Luo was not affected at all. After slowly wiping out the outline of the jade, he replaced it with a chrome knife and continued to cut from the mouth.

If the first knife cut was horizontal, then the second knife cut was vertically. Once the two were done, the volume of the jade inside could be estimated.

No one thought that his second cut would rise again.

The original was green on a white background, but in the process of making the second cut they saw more and more green and the white became less and less until finally it became a pure dark green.

The value of the jadeite had been greatly improved from a green-on-white with a value of up to 200,000 credits to a spinach green agate jade.

“Oh my God, it’s worth at least half a million, right?”

In the end, Lin Luo solved a four-pound spinach green agate jade. Only a small part of the surface was green-on-white background, which didn’t interfere with the price at all.

The people around showed longing expressions for this good-quality jade. After all, the Toby people like to buy jade very much.

“Mr. Lin, I don’t know if you are willing to sell this jadeite?” A Toby tribesman asked impatiently.

“This…” Lin Luo looked at Victor hesitantly, “Your Excellency, do you need it?”

For him green jade had no value, so he was willing to sell it directly, but the two pieces of jadeite were given to him by Victor. If he wanted to sell it, Victor should have priority to buy it.

“No need.” Victor smiled, “I still have a lot of green jade. If you want to sell it, just sell it.”

Now that Victor had spoken, Lin Luo no longer hesitated and agreed to take the jadeite.

The Tobys who were interested in this piece of jade immediately began to bid, and it was finally taken by the one who asked for it at the beginning at a price of 580,000 credits.

After the money and goods were exchanged, Lin Luo picked up the second piece of jadeite.

The second piece of jadeite was water foam, which was very similar to yellow sand skin. This was a very rare type of water stone jadeite, which easily produced high quality jade.

Although there was black tinea on the bottom, it was only the superficial tinea that stayed on the surface. Such tinea scabs usually were thin and may have green underneath. As such, Lin Luo directly pointed the grinding wheel at the position of the tinea and started grinding away. Once he ground off the tinea, they should be able to directly see the jade inside.

The sound of stone grinding wasn’t as harsh as stone cutting. With the rapid rotation of the grinding wheel, the black tinea scab layer and the weathered layer of the skin were slowly worn away.

When Lin Luo finally stopped, the people around immediately craned their necks and looked at the location of the window. Xing Mo scooped up water and washed away the dirt, and the jade inside gradually appeared.

“There’s green, but why is the color so dark? It looks weird…”

The people around again started talking in a low voice, but because the mouth was too small, it was difficult for people to judge the color of the jade.

Lin Luo changed directions and continued to grind the stone, while the mouths of the crowd of onlookers opened wider and wider.

This jade looked like gray-green at first glance, but as more and more skin was sanded away, people finally see the color of this jade under the light.

“Ocean green! It’s ocean green!” Ocean green was based on the water element, but simultaneously mixed with the wood element.

It was well known that the wood element also had a certain therapeutic effect on both ability users and non-ability users. For the Toby people who could directly absorb the energy, they didn’t need to worry about any side effects.

Especially for the Toby people with water attributes, this kind of jade with mixed effect was definitely a good thing that could only be encountered but not sought!

As for the quality of the jade itself, the texture was fine and glossy, the color was good, and the transparency was relatively high. Additionally it seemed to be a hibiscus type.

After Lin Luo completely cut the jade that came out at less than 3 kilograms, someone could not bear their inner excitement and directly quoted, “I am willing to buy this jade with 600,000 credits!”

People scrambled to bid for the jade. This piece of jade was a very good kind of jade worth salivating after and was rare enough that people were willing to pay a high price for it.

“I’m willing to pay 1 million.” Victor’s face immediately showed a smile, and his eyes lit up a bit as he looked again at Lin Luo.

Lin Luo’s ability to bet on stones was indeed extraordinary. As expected of a guest valued by that Andre.

Victor’s voice seemed to have pressed a switch, and the audience suddenly became quiet. No one dared to compete with the marquis for the jade, not to mention that Victor’s bid was already very high.

“My Lord, it seems that this jade belongs to you.” Lin Luo looked around and saw that no one was bidding, so he handed the jade to Victor.

Victor was very happy to accept this jade and transferred the money directly to Lin Luo’s terminal account.

Afterwards, Victor offered Lin Luo an invitation, “Mr. Lin, it’s rare for you to come to our Federation. Why don’t I show you around.”

“That’s too much trouble for you…” Lin Luo said non-committal.

“No trouble, no trouble at all!”

Lin Luo understood that Victor wanted to befriend him. He glanced at Xing Mo and saw that he didn’t mean to object, so he nodded and agreed.

Anyway, they were also idle. Looking around to increase their knowledge wouldn’t be a waste of time. Plus with Marquis Victor with them, no one would dare to trouble them.

Victor immediately asked people to bring over a car. The Federal levitating car was more spacious and comfortable than the Empire’s. The wide windows on both sides were able to clearly see everything around them, and the soft seats and cushions allowed them to sit very comfortably.

Victor let people drive around the city like a hospitable host, introducing them to everything about the main city.

“If you look there you’ll see our palace, where the royal family lives.” When passing a certain street, Victor suddenly pointed to a luxurious building in the distance and said, “Andre should have already entered.”

[1] Agate Jade is called as such because it looks like agate. IRL it often isn’t mentioned and jade that might classified as agate is generally classified as waxy as it isn’t considered an official classification. 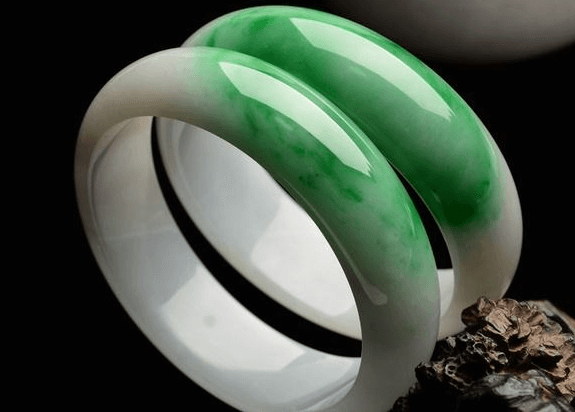